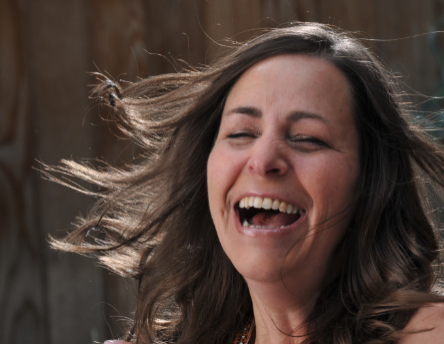 Lori Ferguson-Ford has been a professional stand-up comic for over 20 years. She began her love for comedy in 1988. A bit of a fairytale beginning…while working as a waitress, one of her regulars offered to sponsor her dream of stand- up comedy as a career.

Soon after Lori was voted B.C.’s Funniest New Comic and four years later B.C.’s Funniest Woman. Lori has toured all over Canada and the United States, she has graced the stages of Yuk Yuk’s, The Improv, The Laugh Factory and the Comedy Store…just to mention a few. Lori has also made television appearances on CTV, CBC, WTN and The Comedy Network, as well as CBC Radio’s Madly Off In All Directions.

We were pleased to have Lori Ferguson-Ford provide stand-up entertainment for our December 2011 World President Organization Holiday Party.

The Evening was full of laughs with Lori's original material and her ability to adapt and interact with the audience. Lori surpassed our expectations and we would highly recommend her for any corporate function. - Best Regards, W.Brett Wilson